To celebrate production of the 400,000th truck at its plant in Northern Ireland, Yale Europe Materials Handling has made the largest single charitable donation in its history.

As the specially manufactured truck rolled off the production line, employees at the Craigavon factory marked the milestone by handing it over to international charity Oxfam, for use at its distribution centre in Bicester.

The ceremonial presentation of the Yale Veracitor VX, which has been signed by all of the staff at the Craigavon factory, was made to Oxfam GB’s Finance Director Alison Hopkinson by Craigavon Plant Manager Jim Downey during an exclusive event on January 19th before a specially invited audience of employees, suppliers, and dignitaries, including the Minister of the Department of Enterprise, Trade and Investment, Jonathan Bell MLA and the Lord Mayor of Armagh City, Banbridge, and Craigavon, Darryn Causby.

Prior to the grand reveal, guests enjoyed factory tours of the plant, a series of presentations from senior members of the Yale team and a video showcasing the journey of the charity truck as it progressed along the production line.

Oxfam responds to emergencies around the world, for example saving lives by delivering the ability to source and store clean water for drinking and sanitation. Its Bicester depot currently operates with a 20-year-old counterbalance 2.5 ton, LPG, 4-wheel truck which is in desperate need of replacing.

The Veracitor VX was selected as the truck of choice because it offers the highest levels of productivity, ergonomics and dependability.

Iain Friar, Yale brand manager, said: “We are all incredibly proud that the 400,000th truck has been produced here in Craigavon, and we wanted to celebrate the contribution made by so many people in achieving that milestone.

“Yale is committed to ‘people, products and productivity’ and we firmly believe that it is our people who have put us where we are today. The 400,000th truck is the embodiment of the innovative approach and loyalty we receive from our Yale people. 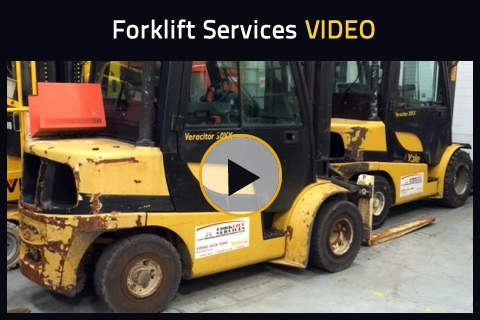 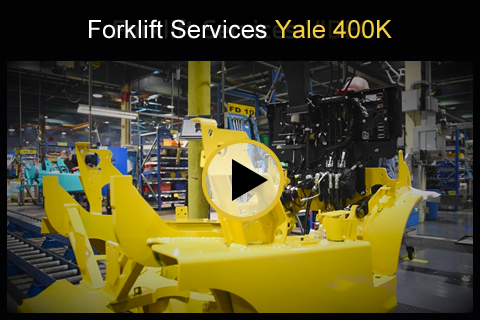